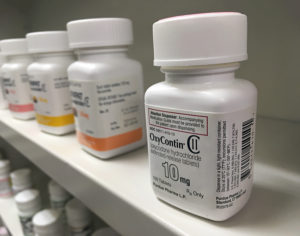 Purdue Pharma (“Purdue”) has received a patent for a medication to treat opioid addiction, meaning the company’s former president stands to benefit financially from the opioid crisis. Purdue was granted a patent for a new version of the addiction treatment drug buprenorphine.

The patent is for a wafer, which will dissolve a few seconds after being placed in the mouth. Currently, the medication is available as a pill and a film.

Buprenorphine is an opioid medication; however, its full effects are less intense than other medications in its class. When taken in low doses, it blocks the effects of other opioids and decreases cravings in patients who use it. The medication is meant to be used in combination with counseling to treat opioid addiction.

Purdue Board Member Listed on Patent

Richard Sackler, a member of Purdue’s Board of Directors, is included on the list of inventors on the patent. Some opponents have pointed out the troubling fact that with this invention, Sackler could receive financial gains from the same opioid crisis his family’s business has been blamed for starting.

Purdue has had to pay for its role in the opioid crisis. In 2007, the company and three of its executives paid over $630 million in federal fines for misleading marketing. The company had been encouraging long-term use of opioid pain medication for chronic pain patients other than ones diagnosed with cancer.

The three company executives were convicted in a criminal court. They were sentenced to three years’ probation and 400 hours of community service.

This medication has already proven its effectiveness at treating opioid addiction. The new version will also be helpful for patients who want an alternative to existing formulations.

Buprenorphine is one of the medications currently approved to treat opioid addiction. The other two medications that have been approved are naltrexone and methadone.